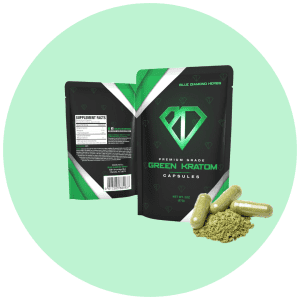 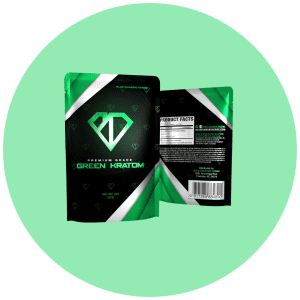 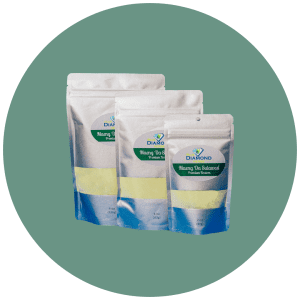 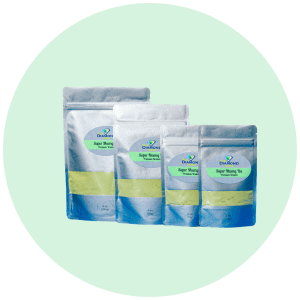 You can tell a lot about kratom powder by its color. Different varieties of kratom will give some hints about their chemical properties depending on the color of the stems and veins that run through the leaves. Green kratom, white kratom, and red kratom are all associated with their own unique properties. Once you start to understand a little bit more about all of the different types of kratom, you’ll start to understand why so many people choose green kratom. 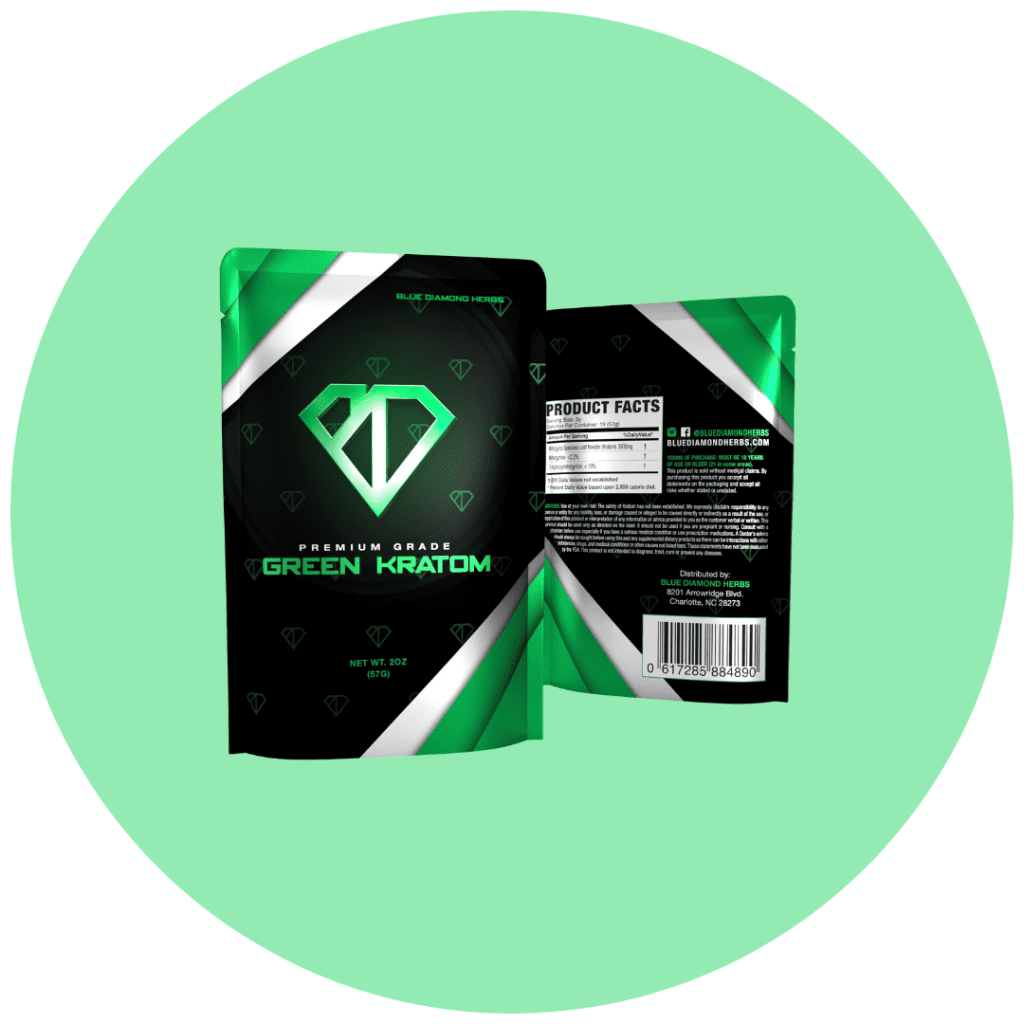 The biggest reason people buy any type of kratom is that they want the alkaloids in kratom. The primary kratom alkaloids are mitragynine and 7-hydroxymitragynine. These two natural organic compounds are found in different ratios depending on the type of kratom, and many people say the balance is best in green kratom. Some of our customers say the green kratom offers some of the best qualities from both red kratom and white kratom in a way that makes it their go-to strain for any time.

One of the hardest parts about buying kratom online is that it’s hard to know who to trust. Here at Blue Diamond Herbs, we offer premium green vein kratom at fair prices. We only work with the best suppliers in Indonesia, and you can see the lab test results for our products. Shop our selection today for pure kratom. 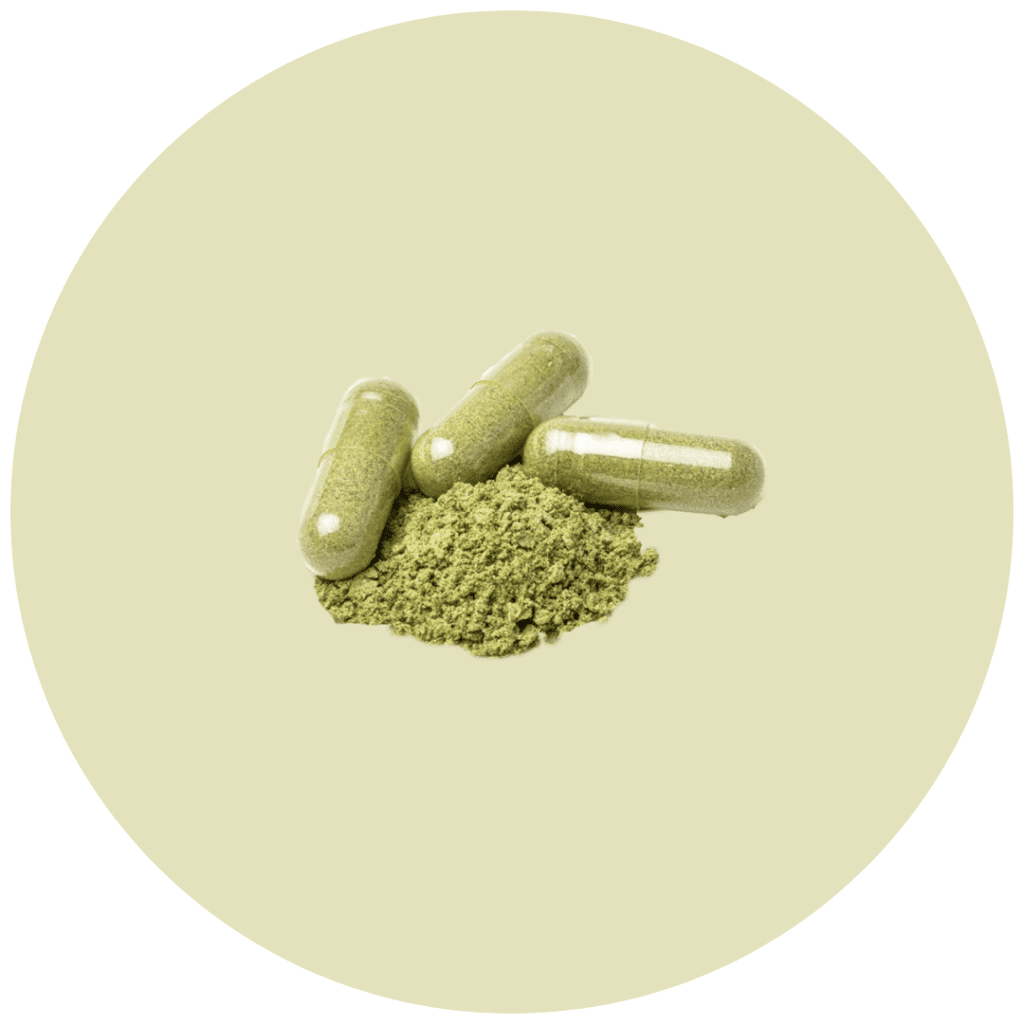 If you are not satisfied with your purchase, simply contact us within 7 days for a full refund.

When you buy kratom online, you’ll see the phrase “Maeng Da” just about everywhere. The kratom community spends a lot of time talking about Maeng Da kratom powder, and some people have even started to think it’s a specific kind of strain. Maeng Da kratom does have some unique characteristics that make it so desirable, but it’s not its strain. There are only three true strains of kratom:

It’s said that “Maeng Da Kratom” translates to something along the lines of “Pimp Strength Kratom” or “Premium Grade Kratom.” In other words, the phrase Maeng Da denotes a certain quality or purity as opposed to a specific strain. Red vein kratom, white vein kratom, and green vein kratom are all available with Maeng Da quality. You can even find Maeng Da kratom blends like gold Maeng Da kratom, a blend of White Maeng Da and Red Maeng Da varieties of kratom power.

Maeng Da kratom typically comes to us from the South Kalamantarian region of Borneo, which is where most kratom in the United States originates. Here, the warm and wet environment is ideal for the Mitragyna speciosa tree from which we get kratom powder. These trees can thrive on Borneo’s island, where they grow up to 100 feet tall in places. The leaves from these trees are especially desirable, which is why the leaves are harvested, dried, and ground into kratom powder.

Since kratom is a natural product, there will be some slight natural differences based on where the tree grew, when the leaves were harvested, and how they were handled. Even so, the nature of this harvesting process ensures that true Maeng Da kratom will always offer excellent quality. Learn more about this type of kratom powder, so you know what to expect. Comparing your batch with other information about Maeng Da is the best way to ensure you’re getting a premium kratom product that’s worth the money.

Here at Blue Diamond Herbs, we pride ourselves on sourcing the best Maeng Da kratom we can find. We have excellent relationships with farmers and exporters, which allows us to sell these premium products for fair prices. Check our full selection to buy Maeng Da kratom online today!

What are the Alkaloids in Green Maeng Da Kratom?

Understanding kratom alkaloids is important before you can fully appreciate what makes Maeng Da kratom special. Most people are buying kratom because of the alkaloids it contains, and the alkaloid profile in Maeng Da kratom is supposed to be among the most desirable. Kratom is sold for educational purposes here in the United States, and most people who buy kratom to study it are interested in learning more about the natural organic compounds called alkaloids.

One of the most interesting things about alkaloids is that, by definition, they are known or believed to produce a physiological effect for human beings or other animals. According to kratom researchers published by the Journal of the American Osteopathic Association, the alkaloids in kratom actually interact with multiple opioid receptors in the human body. This is part of the reason kratom has such support from many members of the scientific community in the United States.

Even though kratom alkaloids are completely natural, their interactions may be similar to those of some pharmaceutical drugs. Examples of anti-inflammatory and analgesic drugs include ibuprofen, tramadol, oxycodone, fentanyl, and some anesthesia medications. Since some of those drugs are associated with public health crises and dangerous side effects, many kratom advocates are interested to learn if the Mitragyna speciosa tree might offer a more natural way to interact with opioid receptors in the human body.

The two most prevalent kratom alkaloids, or at least the two that have been studied the most, are mitragynine and 7-hydroxymitragynine. Mitragynine is the more common of the two, as it’s the most common alkaloid in just about every kratom powder or kratom product you’re likely to find. As a result, it’s been studied the most. Pharmacological researchers (via the study linked above) has published information that mitragynine interacts with the delta-opioid, kappa-opioid, and mu-opioid receptors. Check the original study if you want to take a deeper dive into the science behind this alkaloid.

In more recent years, we’ve started to learn that 7-hydroxymitragynine is every bit as important as mitragynine, and possibly even more so. According to the same researchers from the Journal of the American Osteopathic Organization, this incredible alkaloid has a “13- and 46-fold higher potency than morphine and mitragynine, respectively.” This particular alkaloid’s biological structure is also promising, say the researchers, because it has a unique ability to bind quickly with chemical receivers in the body and create fast interactions.

What are the Different Types of Maeng Da Kratom?

Since Maeng Da kratom is all about quality as opposed to specific genetics, you can find any kratom strain and a variety of kratom blends with Maeng Da quality. Maeng Da kratom powder normally comes from plants growing for hundreds of years with little human interference, so it’s considered an extremely natural product. Since the leaves from these plants are also selected so carefully, Maeng Da kratom has a reputation for being one of the world’s best types of kratom.

One of the best ways to see what Maeng Da kratom is all about is to compare it to similar types of kratom. Some of our customers like to buy varieties of kratom that include Maeng Da so they can study the difference for themselves. No matter which color of kratom typically appeals to you, there’s a good chance you’ll be able to find it with Maeng Da quality:

Are you 18 or older? This website requires you to be 18 years of age or older. Please verify your age to view the content, or click "Exit" to leave.